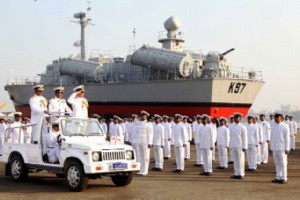 The Naval Base will be opened to the public for three days from November 20. People can watch the activities and role played in safeguarding the sea.

As part of Navy Day Kochi 2015, the public will be given an opportunity to visit Indian Naval Ships (INS) Delhi and INS Tarkash between 10:00 AM to 03:00 PM, on two weekends (14, 15, 21 and 22 November 2015). The visitors are given the entry free of cost. Tiger Gate near Ballard Estate, Fort for a guided tour of the ships will be the Entry point to the ships. Mobile phones with camera, cameras, bags or baggage will not be allowed for security reasons.

The most interesting and attracting component of Indian Navy Day Celebration at Kochi is the operations demonstration by Indian Navy. The operational demo include missions by marine commandos, display by around 10 naval ships, including a sail ship, 15 fixed wing and rotary winged aircraft of the Navy including the P81.It will be held in the backwaters on 6th December 2015 at 4.30 pm. The people can view the demonstrations from Subhash Park.
Continuity drill by 54 naval personnel showcasing discipline and beating the retreat by the Naval Band are other highlights.
Entry to Rajendra Maidan will be reserved for invitees and guests.