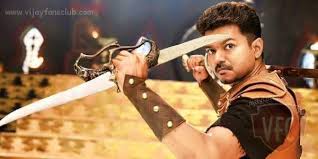 The release of the Tamil movie Puli was in trouble with lot of issues in getting UFO License. The stars of the film faced trouble with the raid in their houses and offices in Tamil Nadu. This is also affected to get the license in time.

Now all the issues are sort out and the Puli is released in Chennai today October 1st, 2015. All the Vijay fans are celebrating the Puli’s releases

The postponed release of the Tamil Vijay Film Puli is going to release in Kerala in no time left. The first release time was set at 5.30 AM, but it was delayed by the UFO License issue araised at the time of release. Now all the issues are sort out and Puli is on release in Kerala.