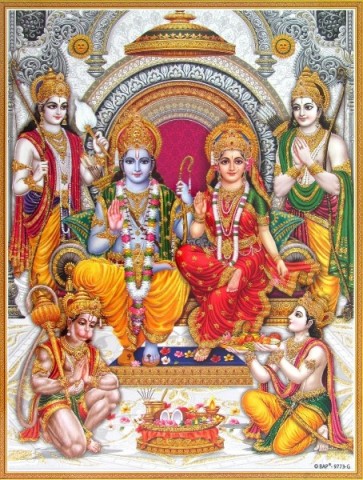 Nalambalam Yatra or Nalambalam thozhal is one of the most traditional and popular devotional pilgrimage in Kerala. Nalambalam Yatra is a devotional visit to four temples in the order of Rama, Bharata, Lakshmana and Shatrughna respectively in a same day during the month of Karkkidakam or Ramayana Masam.

The most famous Nalambalam (Four temples for the Nalambalam thozhal) located in Thrissur and Ernakulam districts of Kerala. Nalambalam Yatra begins from Rama temple – Sri Rama Temple in Triprayar in Thrissur district and this yathra ends up at Shatrughna Temple in Payyammal. The order of visit to the nalambalam temples are Sri Rama Temple in Triprayar , Koodalmanikya Bharatha Swami Temple, Iringalakuda, Thirumoozhikkulam Lakshmana Perumal Temple, Moozhikulam and finaly the Payammal Shathrughna Swami Temple.

Nalambalam temples in south Kerala is located in Thrissur and Ernakulam district. Triprayar Sree Rama Swami Temple is the famous Rama temple in Kerala and it is the first temple to visit as part of the Nalambalam Yatra / Nalamabala Thozhal. Meenuttu and Vedi Vazhipad are the important offerings in this Rama temple.

Triprayar Sree Rama Swami Temple is located in Triprayar in Thrissur district. It is in the middle of Guruvayoor – Kodungallore route Koodalmanikyam Temple is the only temple in India dedicated to the worship of Bharata. Koodalmanikyam Bharata Temple is the second temple to visit as part of the Nalambalam yatra. Lotus garland, popularly known as Thamaramala is an important offering to the deity.

Koodalmanikyam Bharata Temple is located in Iringalakuda in Thrissur district.