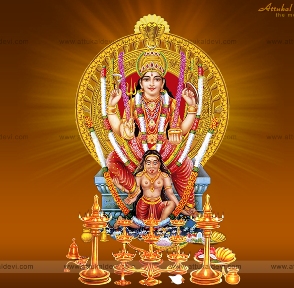 Attukal Pongala Mahotsavam is a 10 days festival begins on the Karthika star with the traditional Kappukettu and Kudiyiruthu ceremony, the idol of Devi, is embellished with Kappu (Bangles). There are different cultural and divotional programmes will be conducted on these festival days. The most attaction of the festival is on 9th day ie February 23, 2016 , Tuesday, The world famous Attukal Pongala will be held on this day. Thousands of women participants regardless of religious faith will be making Pongala offering to Attukal Devi. The Ponkala mahotsavam will be concluded on the 10th day with Kuruthitharpanam.