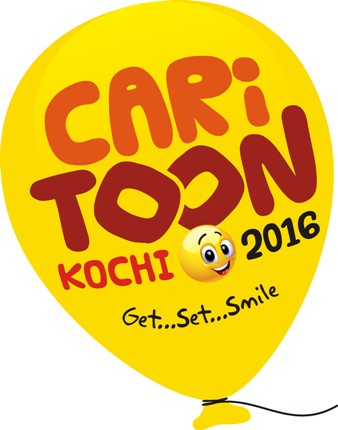 The Asia’s biggest cartoon exhibition CARI TOON 2016 organised by Kerala Cartoon Academy will be held from May 21 to 25, 2016. The cartoon exhibition Cari toon 2016 will be exhibited the collection of more than 100 cartoons at Durbar Hall Art Gallery, Kochi, Ernakulam Kerala. This cartoon festival at kochi is organized in association with Kochi Corporation, Greater Cochin Development Authority and Ernakulam Press Club.

The ‘Meet the Cartoonist’, ‘Meet the Leader’ and seminars are mainly meant for cartoonists who are delegates who participate in the festival from outside the State and some special invitees. It is the intellectual part of the whole programme in which the editorial chiefs of various publications, senior cartoonists, and political leaders will participate.

Caricatures of 500 Indian celebrities and 500 Cartoons are made to dangle on illuminated trees along the Kochi coastal strip, thus providing a rare opportunity for toon lovers to enjoy the works spread over several decades.

‘Cartoon Selfie’ points to attract the general public. Toon lovers will have an opportunity to take selfies against backdrops of cut outs of political leaders and celluloid celebrities.

“Aniyug” – Cartoon Animation Festival – in which many all-time popular cartoon films will be screened. Animation demo classes for children and the public is another added attraction for this segment.

“The Political Lampooners” – A tribute to Indian cartoon legends and an exhibition of their selected works will be the highlight of this session.

Election Cartoon Exhibition – Eye-catching cartoons on the theme of ‘Elections’ is the highlight of this exhibition.

Handing over of the official flag of CariToon, 2016