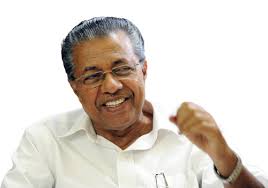 Janasanthwana Fund is a new scheme by the LDF government in Kerala to provide financial aid for the public who need emergency help to survive their life. The scheme is named as Chief Minister’s Janasanthwana Fund and it will be fully managed by the Finance Department of Kerala.

Janasanthwana Fund will be generated by the contributions or sponsorship from the public, individuals, NGOs and other institutions. The generated fund will be used to provide financial support to the suffered people or institutions in Kerala.

The fund can be distributed for the financial aid for emergency maintenance or development work, supporting families where they are in trouble with the financial problems, rehabilitation of Poramboke residents, mental patients, homeless old persons etc.

The people or institutions who need financial aid in the per-defined category can apply to the government through the proper channel like Chief Minister, Finance Minister, Chief Secretary, Additional Chief Secretary (Finance), district Collector etc. The fund will be granted to the applicants based on the report from district collector.

The statement from Chief minister’s office says “The Janaswanthana fund is in the initial stage of its formation. Its procedures are yet to be completed. The government will later announce the criteria for getting financial aid. A special officer has been appointed to chart out the guidelines for implementing the scheme. He is yet to submit the report. The future course of action will be decided after getting the report.”