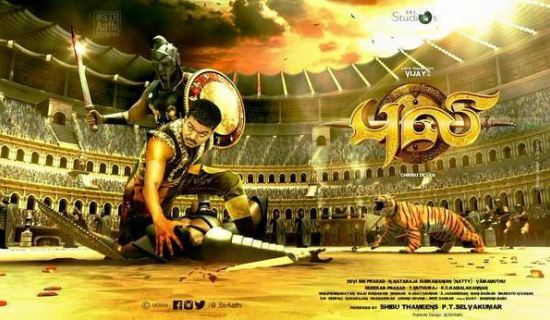 The greatest Indian Tamil fantasy-adventure film written and directed by Chimbu Deven and starring Vijay titled ‘ Puli ‘ will be released in Kerala On October 1 at 200 screens. The release time at Thiruvananthapuram in Kerala was set on 5.00 AM but unexpected reasons and license issue raised at last moment, the release of this ever greatest and adventure film Puli set to release at 12.00 PM October 1st, 2015.

Hundreds of Vijay fans are protesting in front of release centers in Kerala especially in Thiruvanathapuram already, since they are eagerly waiting to get their exciting new Vijay movie Pulion the scheduled time itself. Puli releases on 200 screens in all over Kerala.