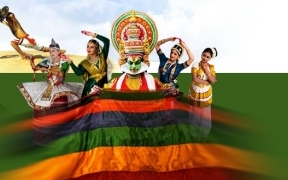 State Keralotsavam 2015 begins in Kozhikkode on 26th December 2015. The Keralotsavam is organized by Kerala State Youth Welfare Board in association with the local self governments. It is one of the biggest youth festival in Kerala that conducted by Kerala Government.

There are moare than 6,000 youngsters from across Kerala are participating on Keralotsavam 2015 at Kozhikkode in Arts and Sports competitions.

The state Kalotasavam will be held on six venues in Payyoli at Kozhikkode and the Valedictory function of this festival will be held at Kozhikode Beach on December 30.