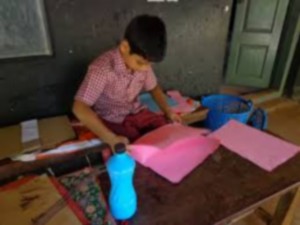 Kerala State School Sasthrolsavam 2016-17 started at Shoranur on November 23, 2016. The winners from 14 revenue districts will be competeted on five fairs such as science fair, maths fair,social science fair, IT fair and work experience fair. The competetion will be held on UP, HS and HSS/VHSE categories. About 10000 students from 14 districts will be eligible to meet the state Sasthrolsavam 2016-17 at Palakkad.

The first and second place winners of the State Sasthrolsavam Science fair would be eligible for participating in the Southern India Science Fair which would be jointly organized by Vishwerayya Industrial & Technological Museum, Bangalore and Education Departments of various South Indian states. The Winners of the Sasthrolsavam would also get an opportunity to participate in the Jawaharlal Nehru National Science Exhibition, the premier Science show of the country.