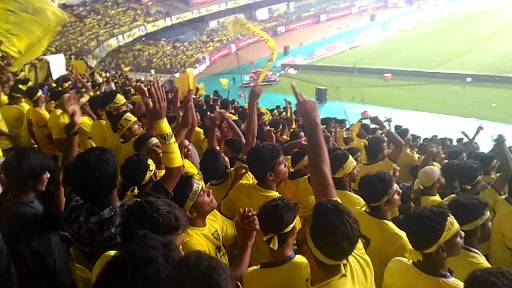 Indian Super League (ISL), the most accepted professional football league in India, scheduled to starts its fourth edition of the ISL tournament from 17th November 2017. The title sponser of this ISL 2017 is Hero and the associated sponsers are Maruthi Susuki and DHL.
The Hero Indian Super League 2017 starts from 17th November 2017 to 4th March 2018. There are 10 franchise teams will be participating in this ISL 2017 season and a total of 95 matches will be played in this season for the title. The winner would get an opportunity to play the AFC Cup play offs.

The fourth season of Hero ISL opening ceremony will takes place in Jawaharlal Nehru International Stadium in Kochi on November 17 at 19:15 IST. Bollywood stars Salman Khan and Katrina Kaif set to perform in this opening ceremony.
The Kerala Blasters and ATK will be compating in the opening game of Indian Super League 2017.

for the complete details of ISL 2017 visit: http://www.indiansuperleague.com