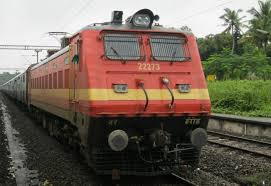 All the Divisional Managers (DRM) and Regional General Managers have opened their Twitter accounts, though there is an account for the Department of Indian Railway as @RailMinIndia already exists. The passengers from Kerala can tweet their complaints to the DRMs of Palakkad or Thiruvananthapuram and to the General Manager of Southern Railway.